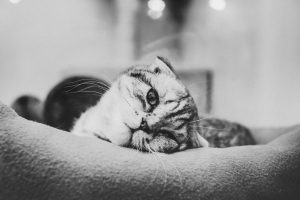 In city centers, the traffic noise generated by passenger cars, public transport – especially tram traffic, is also accompanied by night noises, the source of which are clubs operating in the old town and people heading from one place to another. Is it possible to defend against such noise? The answer is simple, no – but you can limit this negative phenomenon.

The battles for silence at home can be started with administrative tools and attempts to limit the activity of points corresponding to the highest noise level. It’s just that many cities pride themselves on their living downtown that attracts locals and tourists, because it is here that meetings, vernissages, concerts and parties take place. It is therefore difficult for the authorities to be very rigorous about the problem of nocturnal noises in the heart of the city. Of course, the clubs themselves should do everything to live well with their neighbors – by installing solutions to reduce noise coming out, closing summer gardens at a specific time and many more.

However, it is better to fight for peace and quiet in your own home or apartment, especially when the most annoying is urban noise, produced by car traffic and transport.

What to do when the apartment is loud

The key to achieving acoustic comfort in the rooms will be the appropriate selection of windows that face the busy street. To a lesser extent, the doors and windows placed on the side of, for example, the yard will be responsible for the silence, where the noise reaching the interior is less intense. A large difference is made by external blinds. People who are particularly concerned about the silence in the apartment should consider investments in acoustic insulation of floors and walls. The most important criterion that should be taken into account when silencing a flat is the soundproofing of the materials to be used for this purpose.

Soundproofing means the efficiency with which the window reduces the level of sound whose source is outside. It is expressed through the so-called the weighted Rw noise reduction coefficient given in decibels.

Noise in the apartment – what are the rules?

A flat which is reasonably comfortable in terms of acoustics should not allow noise exceeding 40 dB in the daytime and 10 dB less at night. Assuming that the average noise on the street is about 70 to 90 dB, you can see that there is something to calm down. Especially that apartments located in centers or on busy routes, bus or tram lines, are exposed to higher noise levels. This means that before an investor who wants to mute an apartment is a big challenge (also financial).

People who for some reason need silence in the apartment should be interested in acoustic insulation of floors and walls. They protect not only against external noises, but also against vibrations and impact noise. The best floors can reduce noise by 20-30 decibels. In turn, the walls filled with special panels give great possibilities – they reduce the noise by up to 60 decibels.

Home Services at The Home Depot